12 Types of Inflation in Economics

Inflation is one of the most explored aspects of the economy. Since the introduction of modern currency, inflation has been persistent in society, whether it be because of increased demand for a certain product or political affairs. In modern times, different types of inflation have been introduced based on their workings. 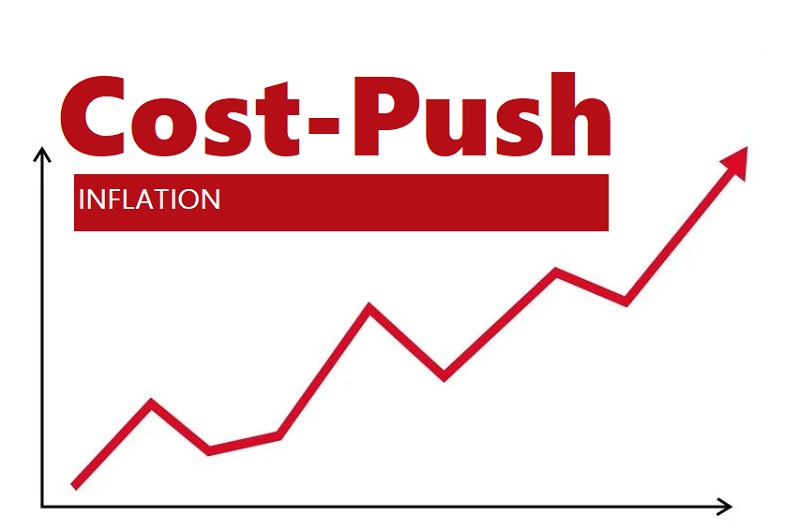 The reason behind this inflation is an increased demand for certain goods and services. When consumers’ demand increases, so do the production rate, and to sustain increased production, the consumption of raw materials also increases. This chain reaction causes a price hike in raw materials, causing the companies to charge more for their products. Since the production rate increases, the employees demand more wages as well, which is why it is also called wage-push inflation. The best example of cost-push inflation is the oil crisis in the US. In 1973, the Organization of Petroleum Exporting Countries (OPEC) decided to restrict the supply of oil to the United States, and at the time, the US was heavily reliant on oil for everything from production to travel. This restrictive supply resulted in the price of oil rising up to 400 percent. 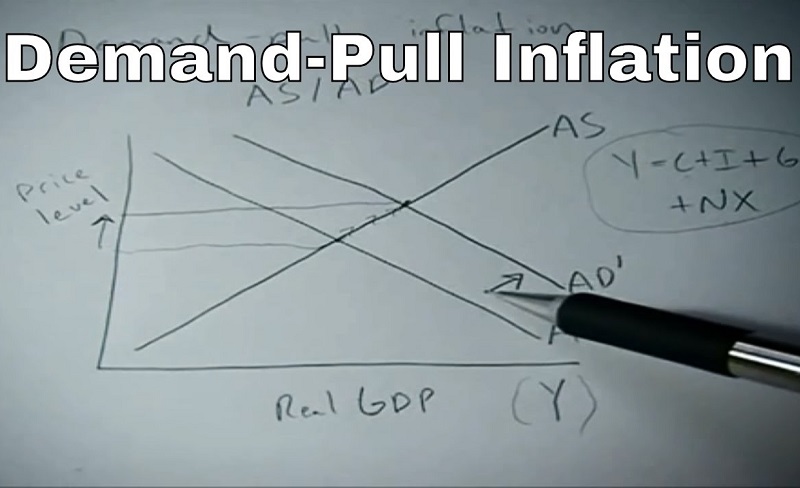 Although the fundamentals of this inflation are similar to cost-push inflation, it focuses on the aggregated demand in the macroeconomics. It mostly applies to households, businesses, governments, and foreign buyers. Demand inflation occurs when the demand in a specific segment increases; however, the supply is not able to keep up. During demand inflation, the government can lower taxes, which increases the demand once again, leading to inflation. Taking the example of the oil crisis in the United States once more, as the price of oil soared, the demand for fuel-efficient cars raise exponentially, resulting in overburdened automobile manufacturing. Seeing a sudden surge in a specific market, the government lowered taxes, causing inflation. 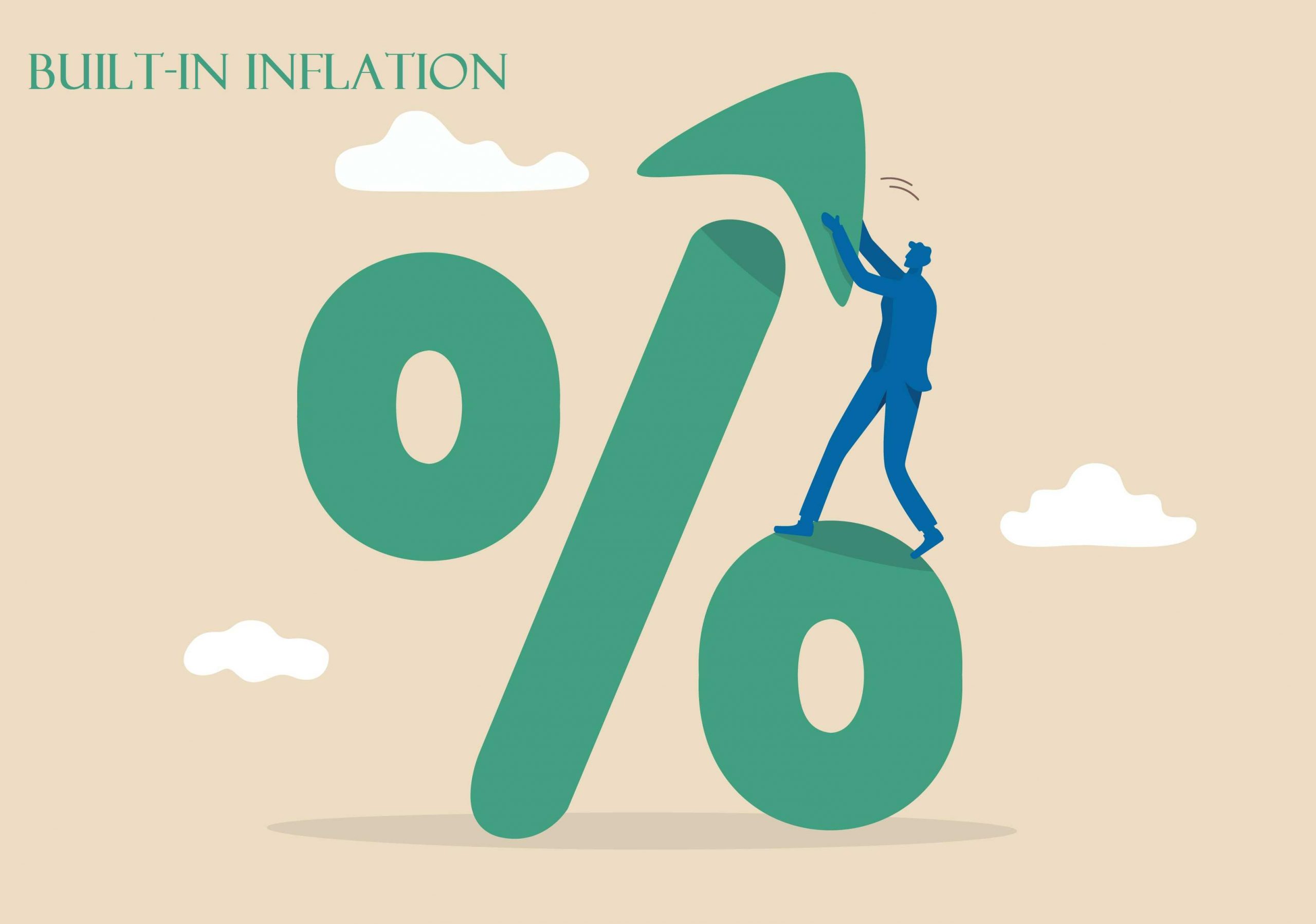 As the name suggests, this inflation is built-in within the economy, whether it be from previous economic decisions or by the present changes to the economic scene. When the workforce demands an increase in their wages because of the increased price of commodities, it is considered built-in inflation. Unsurprisingly, as the wages increase, so does inflation, resulting in an endless cycle of wage spiral.

Other Types of Inflation 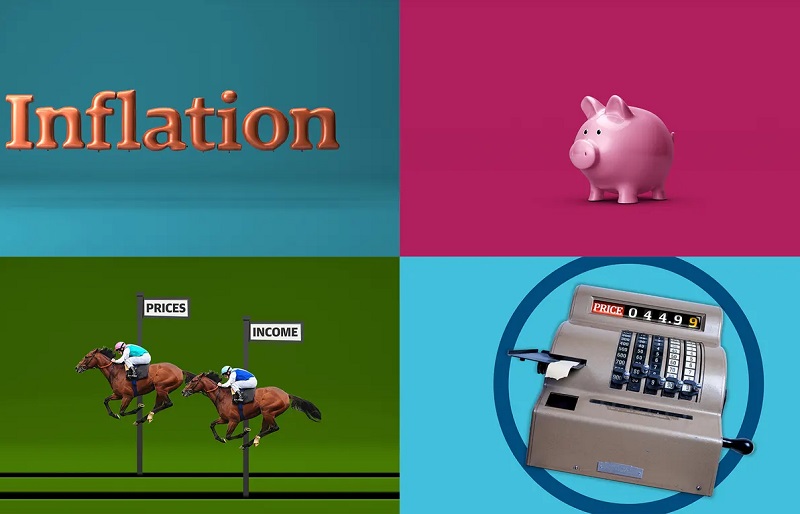 Also known as mild inflation, it occurs when the inflation is rising by 3 percent or even lower each year. Some nations only consider inflation as creeping inflation when it is rising by 2 percent at most. It generates a feeling in consumers that the prices of commodities will rise gradually, and they try to beat high future prices by buying quickly, resulting in heightened demand.

Unlike creeping growth that is beneficial to the economy, walking inflation can be detrimental, as the inflation rate is anywhere from 3 percent to 10 percent per year. While demand increases for the same reason during walking inflation as well, people end up buying more than their needs, causing a discrepancy in supply and demand.

Although the previous inflation was accounted for each year, hyperinflation occurs when the inflation rate goes beyond 50 percent per month. As one can imagine, money loses all of its value, and people are unable to afford anything. During hyperinflation, the prices of commodities rise not monthly but each day.

One of the bizarre concepts in the world of economy, stagflation occurs when the currency loses its value but economic growth plummets and the unemployment rate skyrockets.

In core inflation, increased prices of commodities are accounted for; however, prices of necessary commodities, such as food and fuel, are left out of the calculation, as they are necessary for survival.

Simply, the opposite of inflation is deflation. In this, the value of currency increases, and prices of commodities decrease. While it may seem like a good thing, deflation occurs when the economic bubble bursts.

Another unique phenomenon in the economic world, as wages increase quicker than the prices of commodities, it is considered wage inflation.

When the price of a specific asset rises, it is known as asset inflation. For instance, no change in prices of other commodities while the price of fuel increases.