The economic system has been around for centuries. Granted, those systems were vastly different from present-day economics; however, the fundamental idea to boost the financial state of a community was the priority even in those times. It not only involves complex calculations of the present financial conditions but the prediction of the future as well based on trends. This task is bestowed upon economists. They understand the market better than anyone else, and here are the top 10 economists in the world. 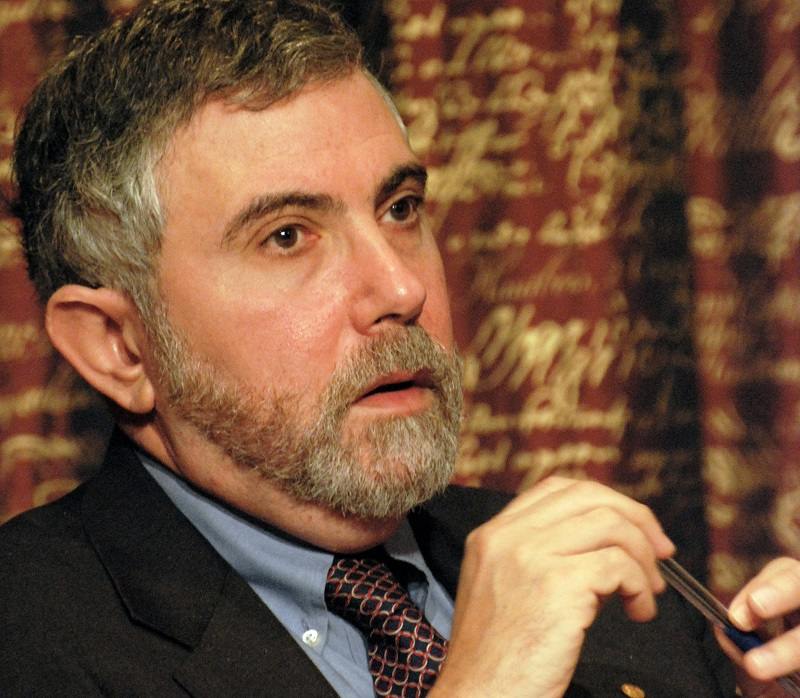 Paul Krugman is an American economist, as well as a professor of economics at the Graduate Center of the City University of New York. His area of expertise is international trade, economic geography, and macroeconomics. Undoubtedly, he has contributed tremendously to developing new economic ideas, such as the International Trade Theory and the New Trade Theory. Paul was born on February 28, 1953, in New York. He is also an outspoken person, as he is often a subject of controversies because of his bold comments on wars and politics. Paul Krugman is also an excellent author, as his book has been published in the New York Times. One of his books, ‘Pop Internationalism’, allowed the general public to understand free trade in depth. 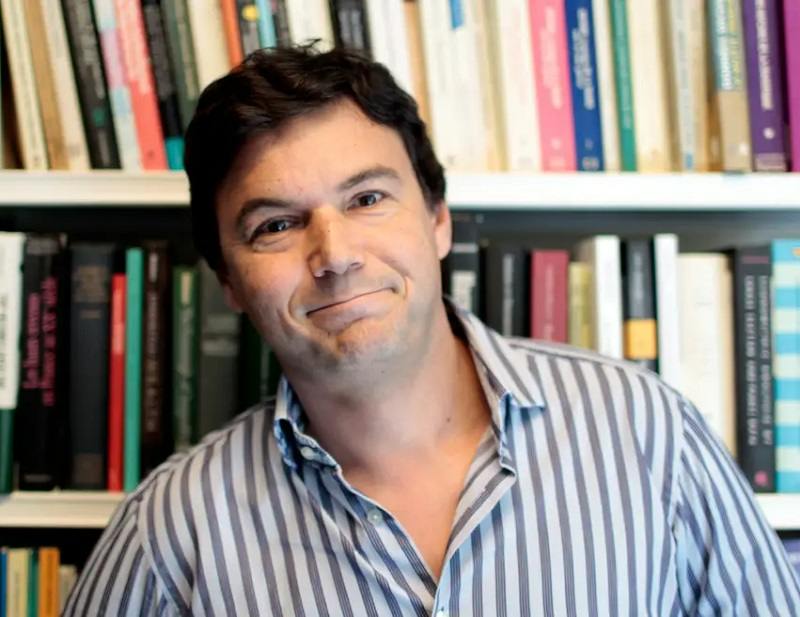 “Over a long period of time, the main force in favor of greater equality has been the diffusion of knowledge and skills.”

With his specialization in public economics and economic history, Thomas Piketty has been recognized as one of the greatest economists of modern times. He was born in France on May 7, 1971. While he was contributing to the world of economy long before his fame, he gained international popularity with his English publication of Capital in the Twenty-first Century. This book sheds light on one of the main economic loopholes in developed nations, i.e., the rate of capital return being higher than the rate of economic growth. Undoubtedly, this book became a best seller. Seeing how much people were interested in economics, he recently published his book, ‘A Brief History of Equality’, specifically for the general public instead of economists. 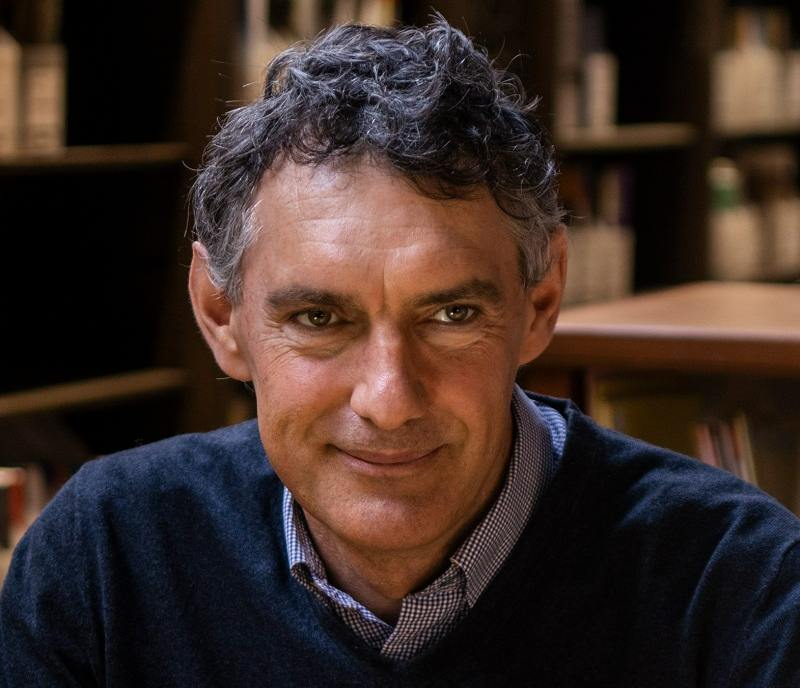 “Development is not primarily a matter of mechanically collecting taxes to fund spending, no matter how useful this spending may be. Development is about building trust in institutions, including, most importantly, governments. When governments take more from the poor than from the wealthy, sustained trust becomes impossible.”

Famous for his book, ‘The Triumph of Injustice’, Emmanuel Saez is an American economist, as well as a professor of economics at the University of California. Interestingly, Emmanuel Saez is renowned for his transparency and for bringing light on debated topics like tax disparity between rich and poor. He has been awarded for his excellent work in the field of the measurement of the distributions of income and wealth, optimal tax plans, and the theory of taxation. To most people’s surprise, Emmanuel Saez, despite his American and French citizenship, was born in Spain on November 26, 1972. 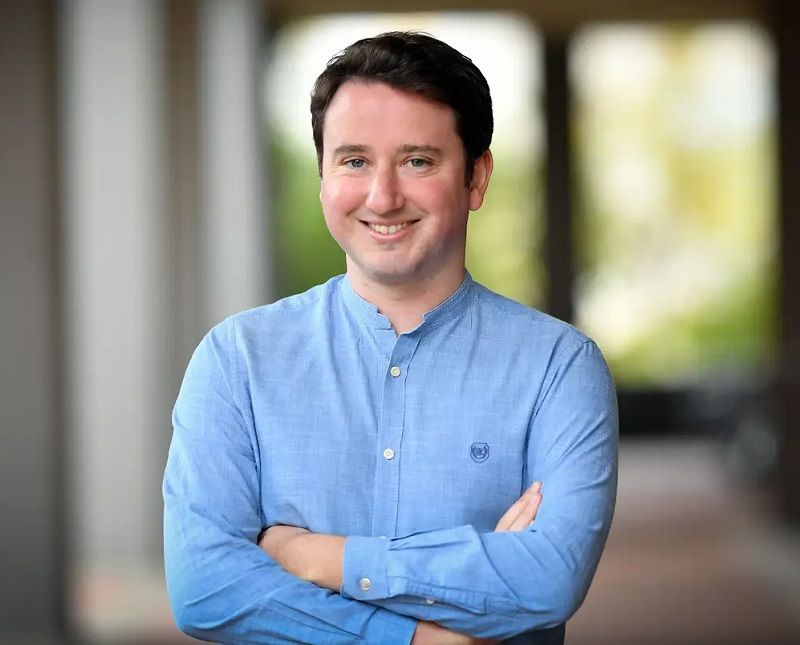 “In the end, the taxes that are evaded have to be compensated for by higher taxes on the law-abiding, often middle-class households, in the United States, Europe, and developing countries. Nothing in the logic of free exchange justifies this theft.”

Gabriel Zucman is a French economist that has worked closely with Emmanuel Saez, and he is co-author of ‘The Triumph of Injustice’. Additionally, he is also a professor of economics at the University of California. Gabriel Zucman gained popularity with his book, ‘The author of The Hidden Wealth of Nations: The Scourge of Tax Havens’, which was translated into English by Thomas Piketty. This book shows how money acquired by unethical means becomes legal within a nation, thanks to tax havens. With his contributions to inequality, wealth, taxation, and globalization, his research work has become one of the most cited papers in terms of tax havens. Gabriel Zucman was born in Paris on October 30, 1986. 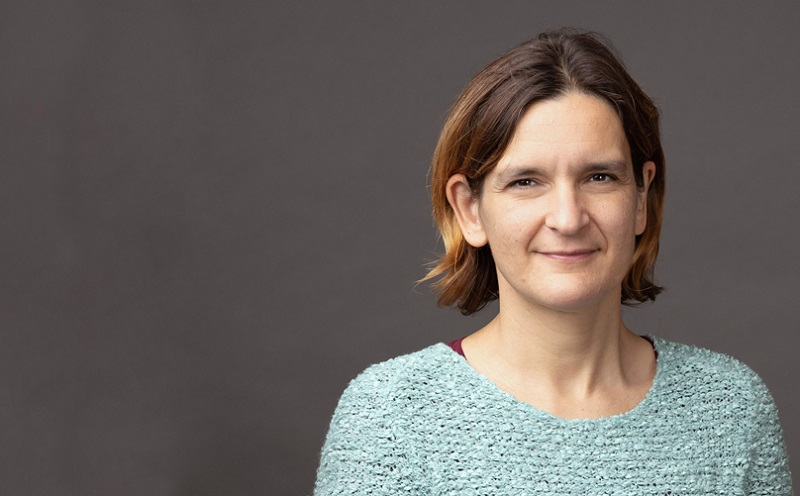 “Awareness of our problems thus does not necessarily mean that they get solved. It may just mean that we are able to perfectly anticipate where we will fall.”

Esther Duflo is a French-American economist, and she was born on October 25, 1972, in Paris. Her research exclusively revolves around understanding the power disparity between rich and poor, eradicating global poverty, and how the economic scene completely changes in poor societies. Where other economists focus heavily on macroeconomics, Esther has invested her entire life to understand and explain the inner workings of microeconomics. She specializes in social economics and developing economics. 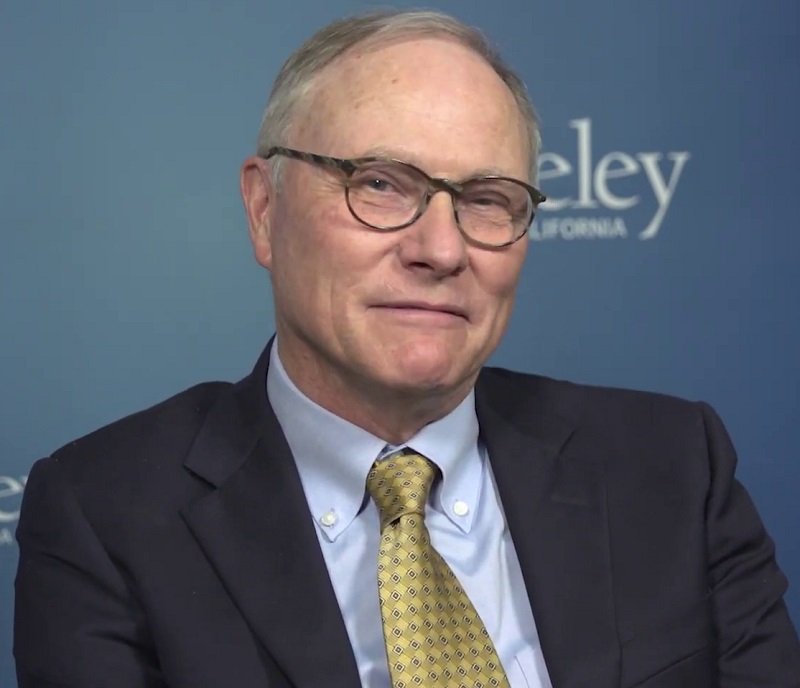 “They are early adopters (adult content makers), and they’re willing to experiment. The adult content market historically has always been a leader in new media.”

With his specialization in labor economics, David Card has contributed tremendously to welfare reforms, immigration, pension plans, and labor supply. He holds a Ph.D. in economics. David Card was born in Canada and completed his bachelor’s in Arts from Queen’s University. Interestingly, David Card was born into a humble family of farmers, and his family’s lifestyle gave him an insight into how economic policies change drastically for low-income households. 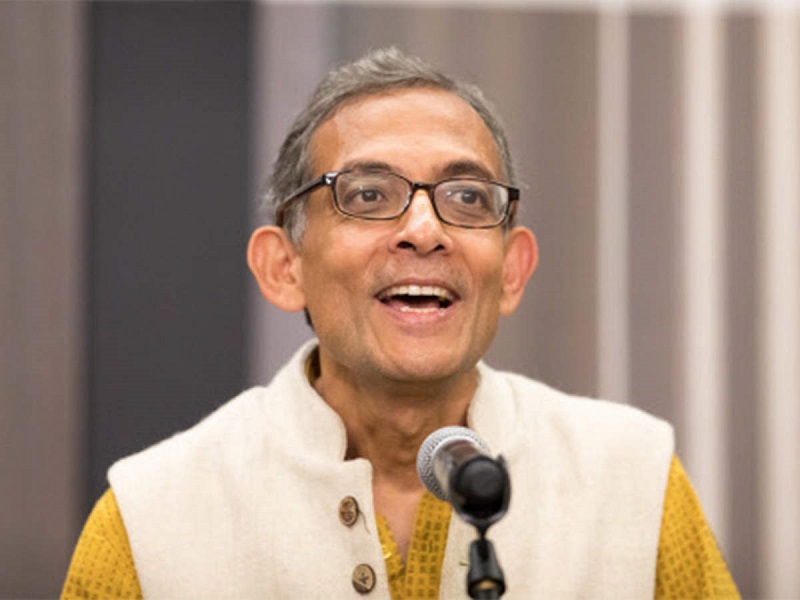 “What makes a leader great is not the fact that she (or he) has all the answers, but the ability to inspire and empower us to find the answers.”

The only Indian economist on this list, Abhijit Banerjee, is regarded as one of the best economists in India and the entire world. He was born in Mumbai on February 21, 1961. He specializes in microcredit, poverty, and economic science. Abhijit Banerjee is among the rare economists that made authorities aware of a poor education system, and how the collapse of the economic system in poor and poverty-struck communities occurs. Seeing his interest in the economics of the poor, it does not come as a surprise that he married Esther Duflo. He has also written many books, which have been best-sellers, and his recent book, ‘Cooking to Save Your Life, was also a huge success. 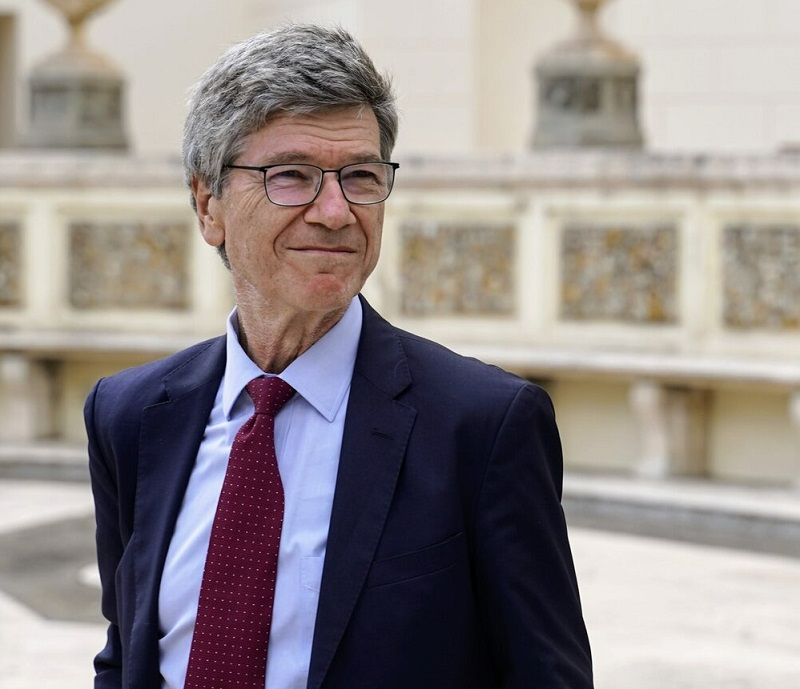 “Let the future say of our generation that we sent forth mighty currents of hope and that we worked together to heal the world.”

Jeffrey Sachs was born on November 5, 1954, in Michigan. He is a leading figure in economics, and he is renowned for his work in sustainable development. Although his work is being used in 30 universities around the world, his most famous book,’The End of Poverty: How We Can Make It Happen In Our Lifetime’, is regarded highly, which explains how economic changes can pave the path for a better world. Unsurprisingly, his area of expertise is sustainable and economic development. In addition to his work on strategies for economic reform, international financial markets, and the end of poverty, he has also contributed to international trade, economic growth, and public health. 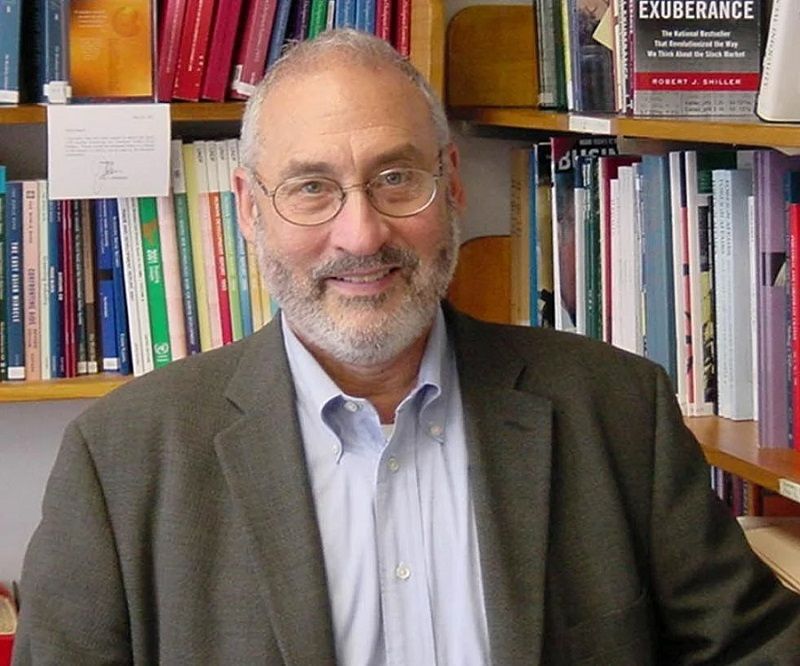 Not only regarded as among the best economists in the world but also as a leading economic educator, Joseph Stiglitz, has contributed significantly to spreading the economic information to the general public. Additionally, he is actively involved in explaining how a market must be structured for the economic growth of a nation. He specializes in asymmetrical information and market economics. He has written over 20 books, and all of them contain exceptional information. 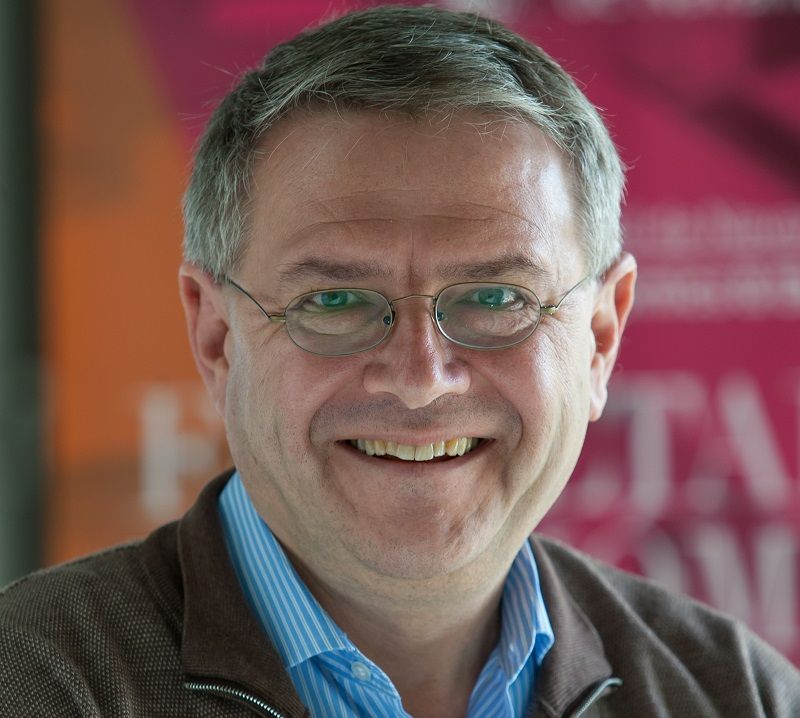 Andrei Shleifer is a Russian-American economist, and he has been regarded as one of the top economists in the world. He was born on February 20, 1961, in Russia (the Soviet Union at the time) to a Jewish family. During his teenage years, he migrated to the United States in 1976. Interestingly, he learned English not by attending a language class but by watching Charlie’s Angels. While he obtained a Ph.D. in economics from the Massachusetts Institute of Technology, Andrei Shleifer first graduated with a bachelor’s in mathematics from Harvard University. The reason he made a switch to economics from mathematics was that he found himself not learning and even getting confused when he took Math 55 course during his first year at Harvard University. Presently, Andrei Shleifer is a professor of economics at Harvard University, and he specializes in behavioral finance, law economics, and development economics. He has also contributed to developing the Legal Origins Theory and Big Push model.