Economics is such a dynamic and comprehensive discipline that proposing a new business practice can shake up the entire economic model of a nation, especially in a capitalist community. Although the free market is generally a positive aspect for both the companies and customers, it can promote unethical practices like monopoly.

When we think of the term ‘Monopoly’, the popular board game comes to mind; however, monopoly is not just limited to the living room. A monopoly is deemed as an exclusive control of an industry by a single entity. This leads to the company gaining control over the economic fundamentals like production, supply, and trade of goods and services within an industry. Unexpectedly, monopolies grant significant benefits to the company; however, they simultaneously make consumers lose their interest in the same company because of a lack of competition. Interestingly, even if a company controls 30% of the market, it can be considered a monopoly. Usually, monopolies surface in one of the two ways, i.e., a larger company strategically conducting business to make small businesses shut down or two rivals merging together, eliminating any competition. The etymology of monopoly is of Latin origins from the word ‘monopolium’, meaning the right of exclusive sale. 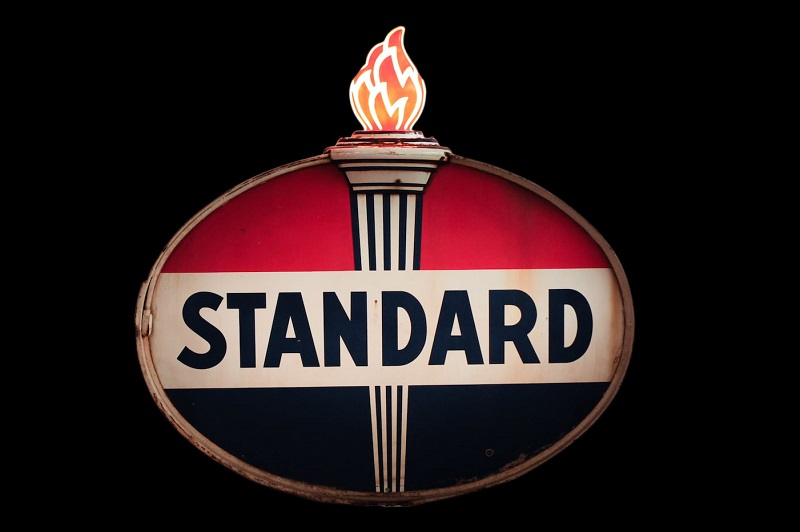 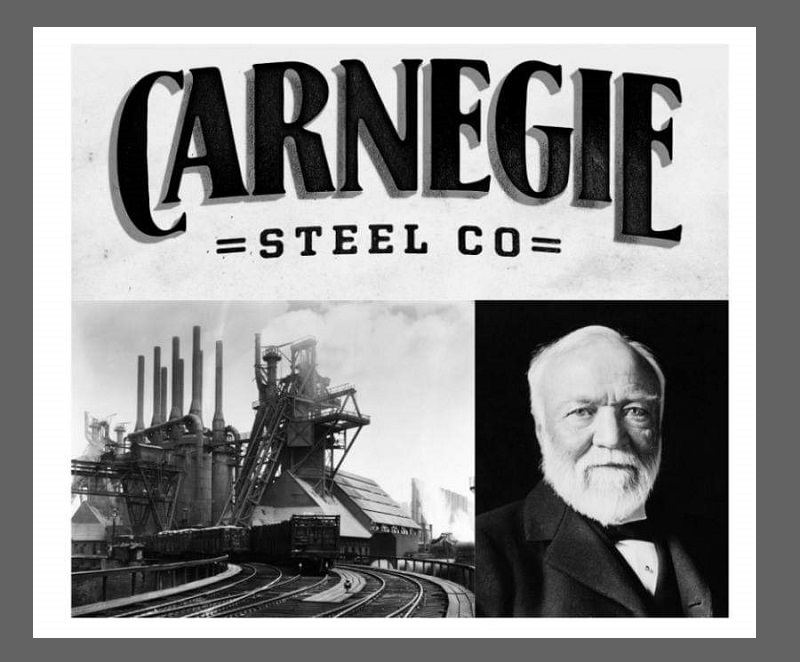 Carnegie Steel Company was the Standard Oil of the steel industry because it controlled nearly 80% of the steel market. It was established by Andrew Carnegie in 1892. Interestingly, this was not the first company established by Andrew Carnegie, as the Edgar Thomson Steel Works, a company that mostly supplied steel to the railways, was also established by him in 1872. Carnegie’s business model was to take over the suppliers of raw materials, then, produce in such large quantities that competitors cannot keep up. This proved to be highly successful, resulting in Carnegie Steel Company controlling 70% of the entire steel production in the United States. Another reason behind the success of the company was its clients’ trust in its steel, as Andrew Carnegie had also marketed the quality of its steel in 1893 by setting an example. Using his company’s steel, he erected the Carnegie Building in Pittsburgh, Pennsylvania, which was among the earliest skyscrapers in Pittsburgh. As one can expect, after controlling the market to such an extent, the company was accused of being a monopoly. Despite the accusations, it continued its monopolistic practices until 1901, when J.P. Morgan, an investment banker, bought the company. He purchased the company for $492 million, and this is among the biggest transaction deals in history. Interestingly, Andrew Carnegie received $226 million during the purchase, which made him one of the richest men at that time. Although the company is now barely a fragment of its original identity, it still generates annual revenue of $12 billion. 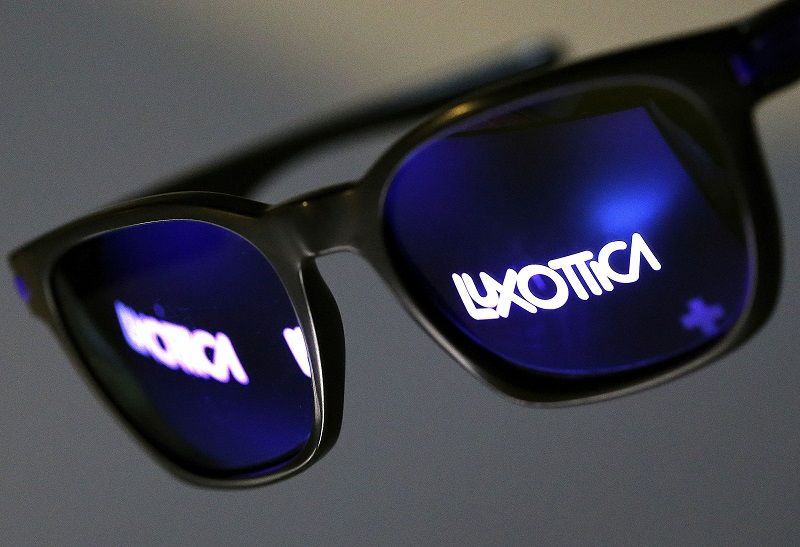 Even if you are not a fan of expensive sunglasses, you must have heard the name of Ray-Ban. This, along with other luxury brands like Prada, Ralph Lauren, Versace, Armani Exchange, Chanel, Oliver Peoples, Bulgari, and Burberry rely on the production of their sunglasses by Luxottica, an Italian eyewear company. Interestingly, the mentioned brands are only a few of its clients, which goes to show the sheer control of Luxottica on the eyewear market. Presently, 80% of the eyewear brands rely on Luxottica to design and manufacture glasses for them. It was established by Leonardo Del Vecchio, an Italian businessman, in 1961. While the company was generating nearly $20 billion annually, it merged with Essilor, a French corrective lenses company, in 2017, resulting in $70 billion in annual revenue. This merger gave birth to EssilorLuxottica, and this new company accounts for one-quarter of eyewear sales worldwide. Undoubtedly, competitors have accused the company of being a monopoly; however, nothing has come out of it so far. 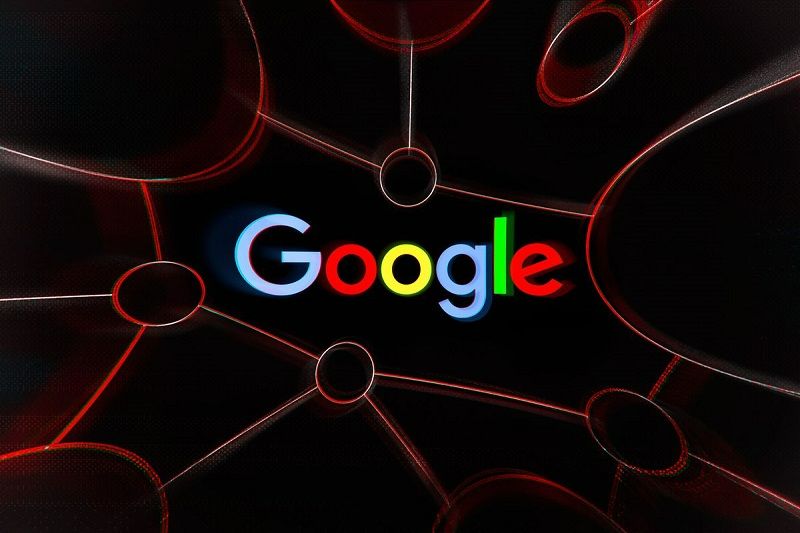 Once a company becomes synonymous with its intended purpose, its competitors are bound to shrink significantly. This is the case with Google. The act of searching for something on the internet is often called googling because of the extensive usage of this search engine. It was established by two computer scientists, Larry Page and Sergey Brin, in 1998. Although Google has humble beginnings, it is presently one of the largest, if not the largest, technology company in the world. Google offers tech solutions for every need, from entertainment to productivity to fitness, with services like YouTube, Gmail, and Fitbit, respectively. Once a company expands to such a size as Google, it is inevitable to find it on the news for unethical practices. For instance, Google has been accused of stealing data from its users, and even signing an agreement with Apple to eliminate any competition. The monopoly of Google is quite evident with 90% of global internet searches being carried out by it. While Google claims to never suppress competition, people don’t trust its business practices. 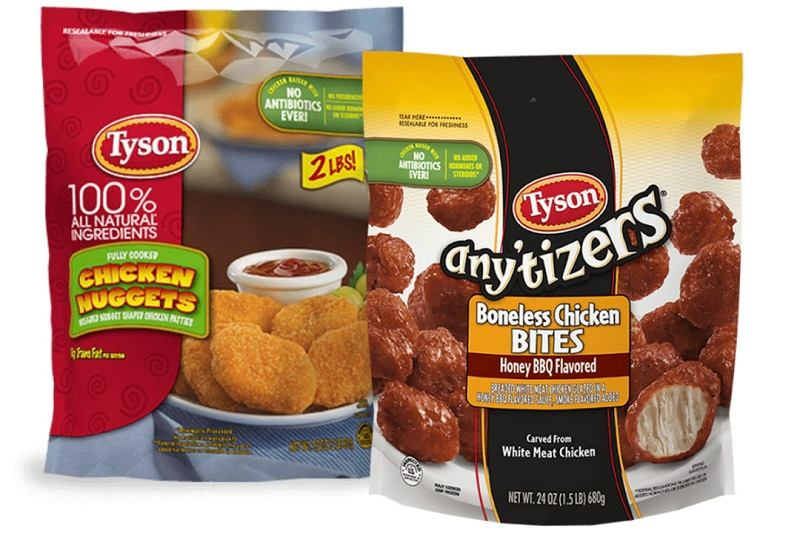 Among one of the oldest running meat-producing companies in the United States, Tyson Foods is constantly labeled as a monopoly. It produces nearly 25% of the meat that is sold in chain retailers like Walmart. While this percentage might not appear significant, Tyson Foods is also one of the major suppliers of chicken products for fast-food chains like McDonald’s, Taco Bell, KFC, Wendy’s, and more. It was established in 1935 by John W. Tyson, an American businessman. Allegations had been made against Tyson Foods for manipulating the prices of chicken in the market. While the company denied such claims initially, it ended up working under a leniency program. Also, to settle the claims of price manipulation, Tyson Foods paid $221.5 million to the poultry buyers. Interestingly, with such a firm control over the market and mentioned accusations, Tyson Foods continues to operate freely. 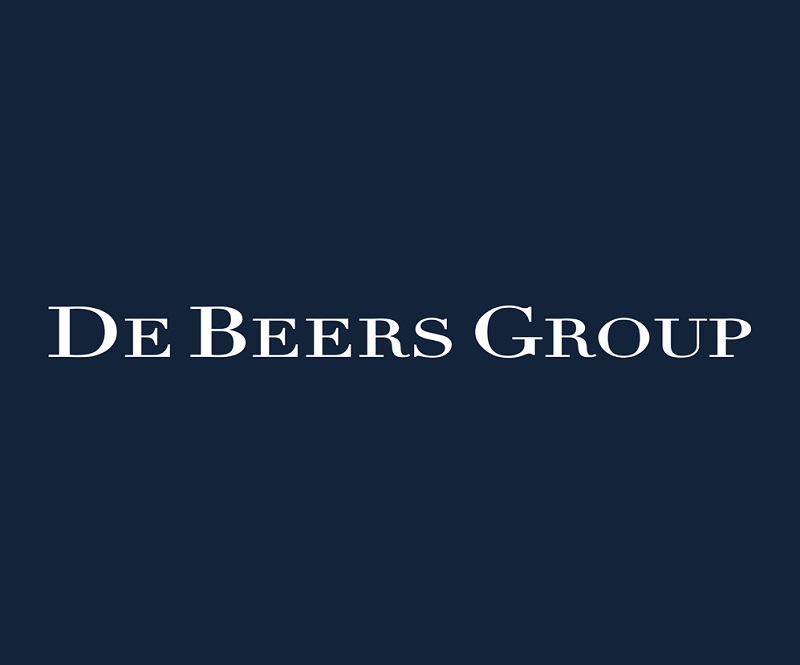 De Beers Group was established by Cecil Rhodes in 1888. He was associated with politics, as he was the Prime Minister of Cape Colony from 1890 to 1896, which makes it easy to understand the monopolistic practices. De Beers Group has faced numerous allegations throughout its history. Moreover, Cecil Rhodes was a British Imperialist, and he heavily exploited African countries for coal, gold, and diamonds. He began the monopoly right from the start of De Beers company by acquiring most African mines, granting him an immense advantage over the competitors. He purchased the remaining mines and diamonds from other companies as well. With such monopolistic practices, nearly 85% of the diamond market fell into the hands of Da Beers Group. After a half-a-century long reign over the diamond market, it began to lose its control in the 1950s when new mines were discovered in other parts of the world. Still, the company is responsible for 30% of diamond sales globally. The company has also been accused of limiting the supply of diamonds to manipulate its prices. 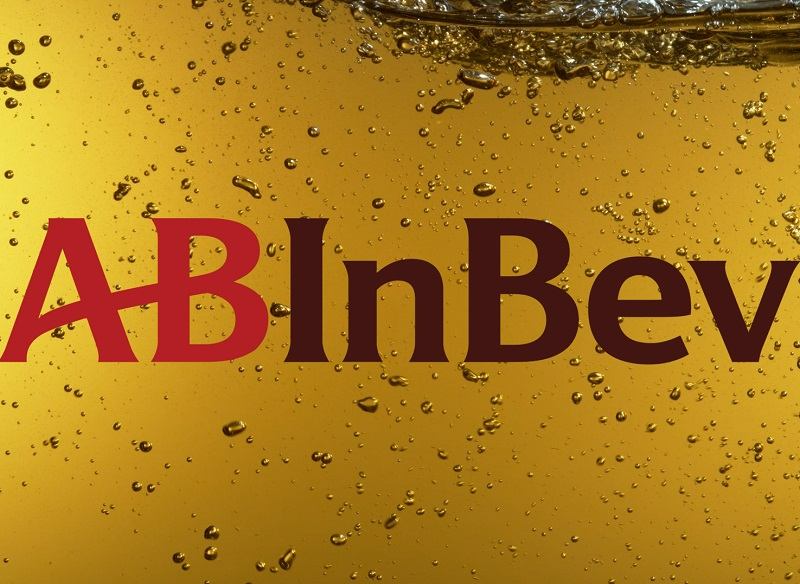 Also known as AB InBev, this company was born in 2008 with the merger of Anheuser-Busch and InBev, two of the largest beer brewing companies in the world. While InBev was a Belgian beer producer, Anheuser-Busch is an American beer company. Still, its headquarters is located in Belgium. Beers are categorized based on their production methods. Although each beer has its unique characteristics, over 200 different beers of varying styles are produced by Anheuser-Busch InBev. Some of the famous brands under AB InBev are Budweiser, Corona, and Stella Artois, among others. With such a presence in the beer industry, it is easy to understand why Ab InBev has been accused of monopoly. Moreover, it continues to acquire more breweries each year. It has been engaged in monopolistic practices like buying distributors and preventing them from selling competitors’ beers, violation of bribery laws, and anti-competitive practices. 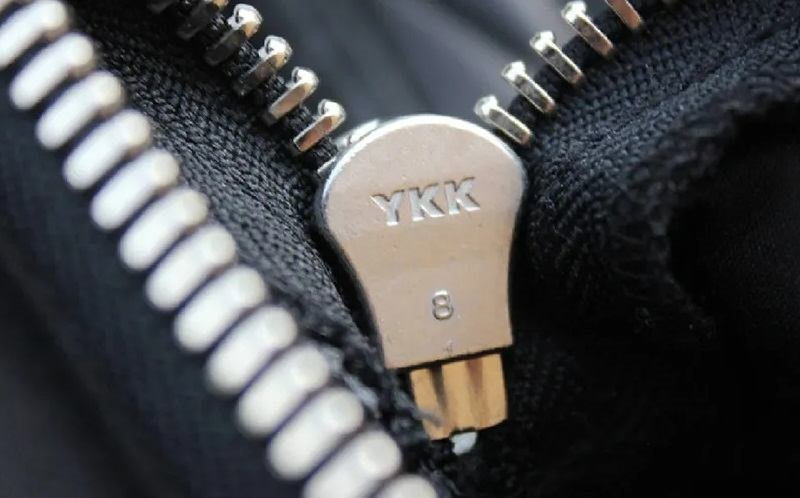 This is one of the least famous brands on this list because, unlike other companies that heavily market themselves, YKK does not; however, its products are everywhere, and chances are the clothing you are wearing right now has a YKK zipper. As for the name, it stands for Yoshida Kogyo KabushikiKaisha, and it is a Japanese zipper manufacturer. Surprisingly, 90% of the entire world’s zipper production is carried out by YKK. There are 100 facilities of YKK in 71 countries. The reason behind such a stronghold in the market is its price. YKK offers high-quality products at a genuine price, this makes it impossible for other companies to compete against it. This company was founded by Tadao Yoshida in 1934. Interestingly, it is rarely accused of monopoly. 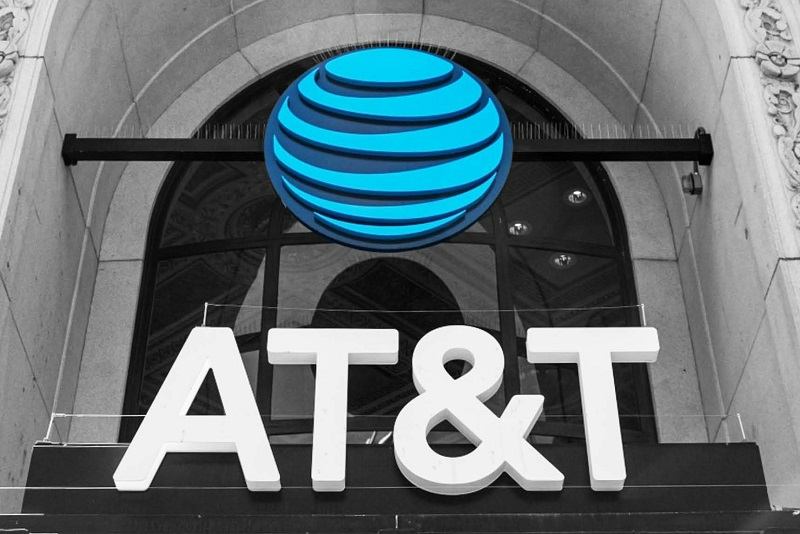 The American Telephone and Telegraph Company was founded in 1885 by the inventor of the telephone himself, Alexander Graham Bell, along with Gardiner Greene Hubbard, an American lawyer and financier. AT&T was the largest and only telecommunications company in both the United States and Canada for most of the 20th century. Moreover, it kept on purchasing small communications companies to eliminate any competition. AT&T’s monopoly kept on running until 1984 when it was caught for unethical practices and violating antitrust laws. Following this, it was broken down into seven different companies. Despite this, AT&T is still one of the leading telecommunications companies in the United States.