When it comes to the economy, most people think of the countries that are experiencing an economic expansion or recall their experiences during a recession. Although the global economy is subject to fluctuation regularly, the financial experience of an average person in a developed nation remains relatively the same. Developing nations experience some shake-ups; however, they get back on track as well. The worst is experienced by third-world nations and some countries’ economic situation has been poor for decades.

What is an Underdeveloped Country?

Underdeveloped economic countries have very similar traits. Poverty is predominant in all of them, as people live in poor conditions with little to no access to education and decent healthcare. The main source of income in such nations is agriculture, and with a lack of businesses and industries, capital is also scarce. Interestingly, these countries suffer from population explosion, which further strains the economy. Unsurprisingly, unemployment is also high in such economies. To measure the economic development or underdevelopment of an economy, the United Nations uses something called The Human Development Index or HDI, this evaluates previously mentioned aspects and ranks them from 0 to 1, where 1 represents a fully developed nation. 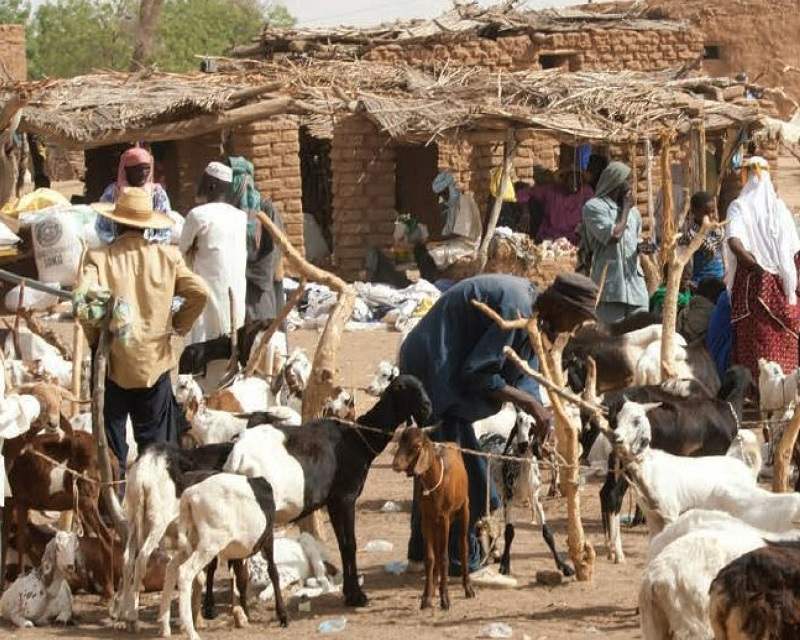 With an HDI score of 0.394 in 2021, Niger is often listed as the top nation with the most underdeveloped economy in the world. In 2010, Niger was also listed as the poorest country in the world. The reasons for Niger’s poor economy are its heavy reliance on agriculture at 40 percent despite having very limited arable land and a lack of infrastructure. These two aspects are closely associated because once the agriculture sector is struck by a climate shock, such as drought, which is quite common in Niger, farmers cannot rely on infrastructure and businesses to aid them in farming, as there are none. Moreover, there is a culture of passing hereditary land down to the new generation; however, it is divided among the family members, meaning the land gets divided each time it is passed down, making even agriculture unviable, further straining the economy. Another factor that contributes to Niger’s poor economy is its geographical location, as it is a landlocked country, it never had the option to partake in international trading, which is one of the best ways to strengthen the economy. 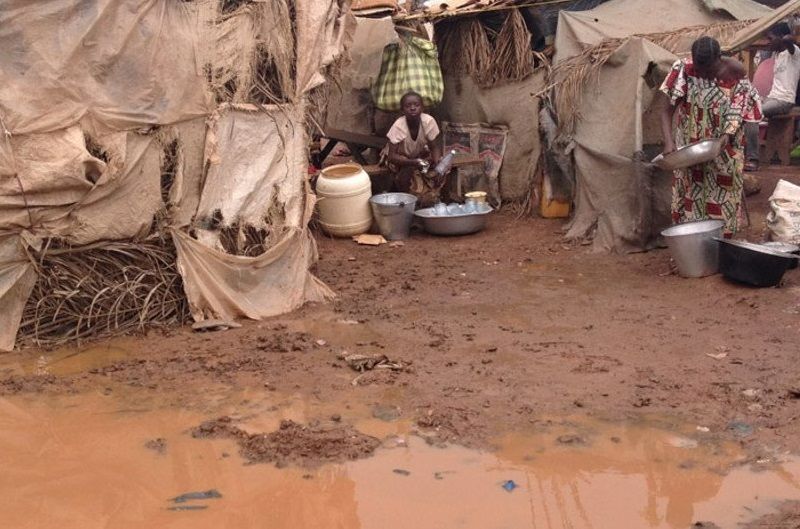 Niger is closely followed by the Central African Republic with a rating of 0.397 on HDI. Just like Niger, this country is also landlocked, therefore, the inability to trade also applies here; however, the primary reason for the Central African Republic’s underdeveloped economy is violence that has been wreaking havoc within the country for over 40 years. It’s not just violence among political or criminal groups, it is gender-based violence, causing women of the country to constantly live in fear. For these reasons, over 1 million have left the country seeking refuge in neighboring countries. Additionally, citizens have a poor quality of life with non-existent institutions and a lack of basic services. Although this nation possesses natural resources that can boost the economy, these are occupied by the elites. 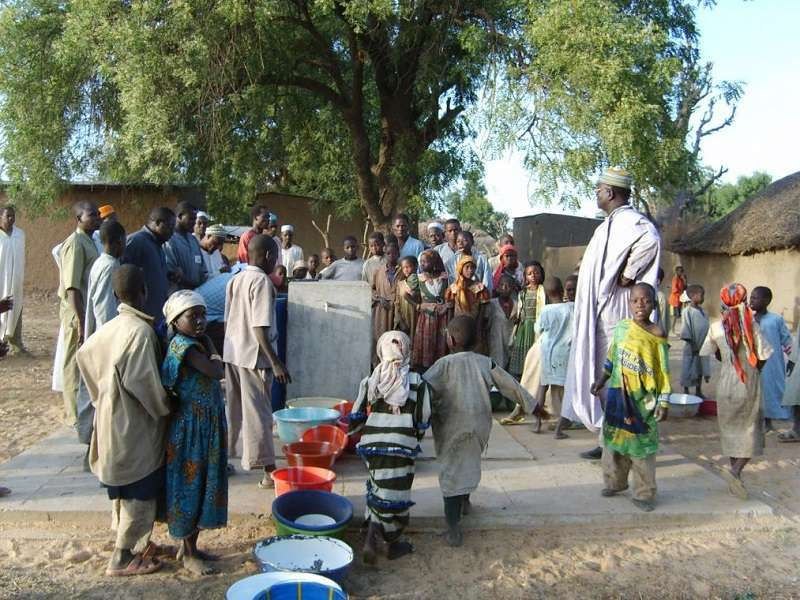 Chad is another country in the continent of Africa that has an underdeveloped economy with a score of 0.398 on HDI. Similar to previously mentioned countries, Chad is also land-locked and prone to climate shocks. Surprisingly, Chad experiences all the natural calamities that destroy agriculture because of its drastic climate variations. It experiences agricultural disasters, from drought to floods. Moreover, rainfall percentage varies significantly each year, meaning there is no food security, and hunger is always a threat to Chad. In addition to hunger, citizens of Chad also receive very little in terms of services, as the number of doctors in Chad is in triple digits, and education is equally bad. While the economy of Chad was appearing to grow from 2003, as it became an oil-producing nation at the time, the oil crisis of 2014 quickly plummeted its economy into ditches, from which Chad has still not recovered yet. 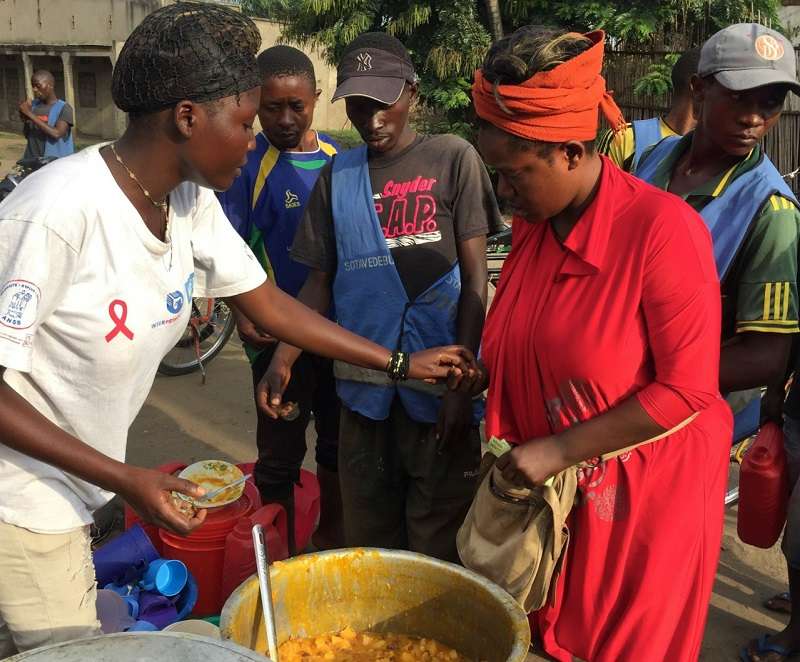 The poor state of Burundi’s economy is due to similar reasons that have plagued the previously mentioned nations. Civil wars and internal conflict has been a persistent event in Burundi since its freedom from Belgium in 1962. So far, Burundi has seen five civil wars, made over a million people seek refuge, and ended the lives of over 500,000 people. This is accompanied by poor services and constant interference of the government in private sectors, which means the economy cannot grow. Economic freedom is nonexistent in Burundi. Therefore, industries don’t see any reason to establish their manufacturing plants in this country. Although the state tries to control each aspect of the economy, it is doing little to nothing to boost agriculture, despite 89 percent of Burundi’s population being farmers. As farmers don’t receive any incentive to produce extra food, they only produce food for survival. Lastly, its vulnerability to natural disasters, such as drought, heavy rainfall, flood, and hailstorm, all cause the destruction of crops. With all of the aspects combined, it is easy to understand why its economy is underdeveloped, and its score of 0.433 on HDI. 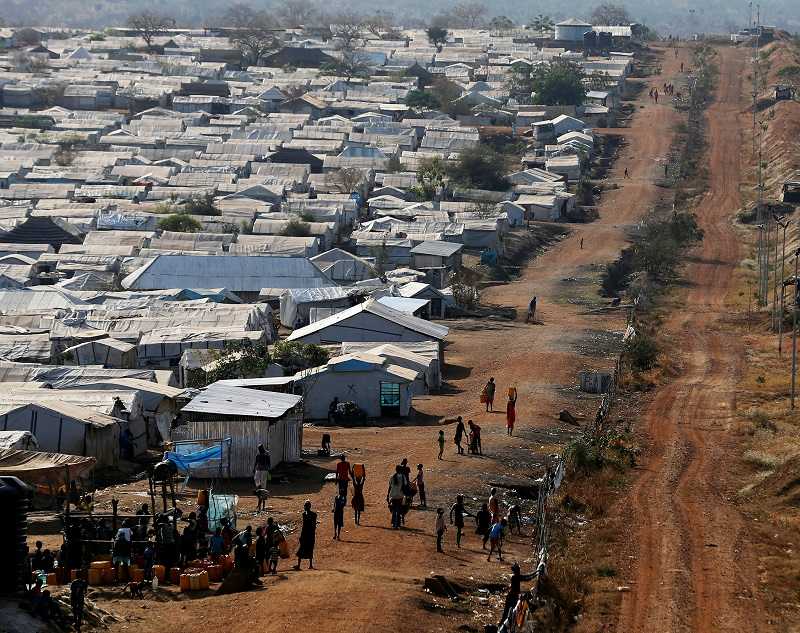 South Sudan also received an identical score on HDI to Burundi at 0.433. The biggest culprit for an underdeveloped economy in South Sudan is a 50-year-long conflict with Sudan. Both nations were amidst war and endless conflict from 1955 to 2005. Although the presidents of each nation have signed a peace agreement, tensions are still persistent. War is one of the most detrimental events that cripples the economy, and South Sudan is suffering from its aftermath despite being a resource-rich country. With the poverty rate hovering near 80 percent, each day is a struggle for citizens. Additionally, food insecurity is also a big concern within this country, along with dirty water. With over 80 percent of students out of the school, only a fraction of South Sudanese children has access to education, making the future seem bleak as well. 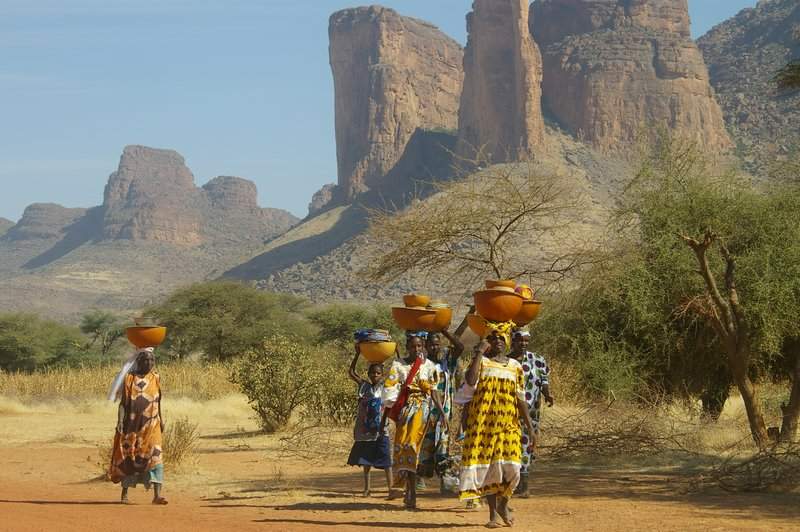 The main reasons for Mali’s poor economy are malnutrition, conflict, and poverty. Food shortage and malnutrition are easy to understand, as almost two-thirds of the country is desert, and growing anything is a daunting task in Mali. Adding to the country’s misery is the unavailability of clean drinking water. Similar to other nations, a civil war in Mali is causing millions of people to migrate to neighboring nations, further declining the economy. Mali is ranked at 6th place on the list of underdeveloped economies with 0.434 on HDI. 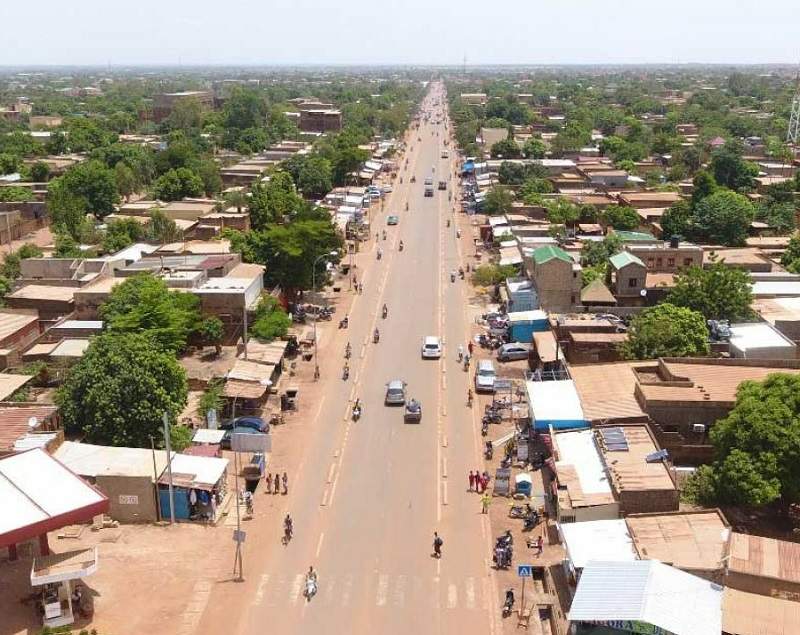 Although the economy of Burkina Faso is expanding, its effects are being limited due to an expansion in population, each household is reported to have on average five children. Also, since it is a land-locked country, it heavily relies on agriculture. Interestingly, the main crop grown in Burkina Faso is cotton. As for the food crops, these are vulnerable to natural disasters, resulting in food shortages. When it comes to education, only 28 percent of children enroll in secondary schools. It is also among the African countries with little to no natural resources, making trading nonexistent. Burkina Faso is given a score of 452 on HDI. As foreign help to improve citizens’ health in Burkina Faso, the United States donated $14.3 million in 2018. 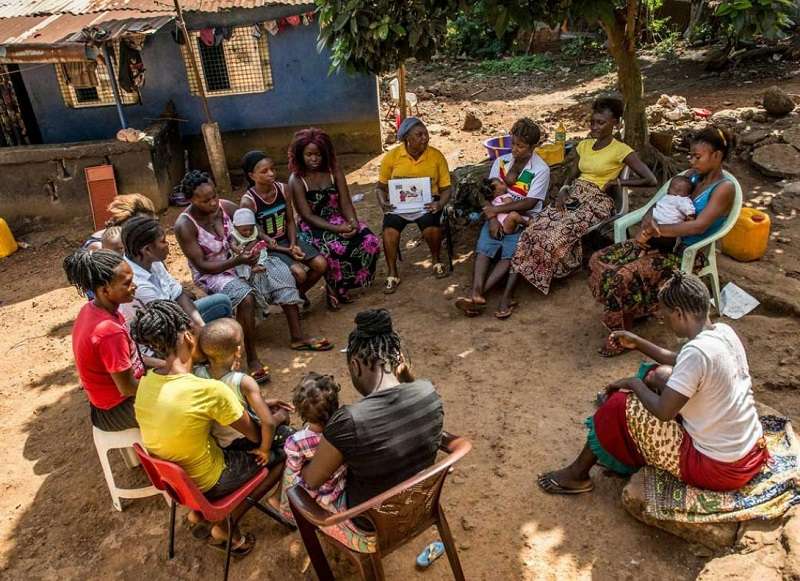 Sierra Leone is another nation with an underdeveloped economy with a score of 0.452 on HDI, similar to South Sudan. The number one reason behind Sierra Leone is malnutrition. As citizens are receiving no nutrition, they die at a young age. The average life expectancy in Sierra Leone is 40 years. Therefore, if a large chunk of a nation’s population is not exceeding 40, sustaining economic development becomes difficult. This combined with the fact that over 70 percent of the youth are unemployed in Sierra Leone, the underdeveloped economy can be understood. As it is with other nations on this list, Sierra Leone has also experienced its share of civil wars. Additionally, a corrupt government is only making growing the economy more difficult. Even if industries decide to establish themselves in Sierra Leone, the lack of infrastructure would make supply a hassle. 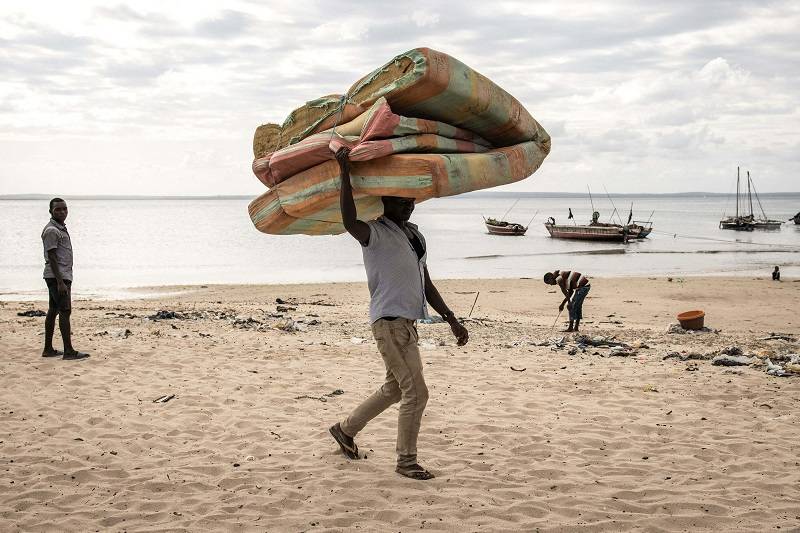 Another country that became the victim of a civil war, Mozambique ranks 9th place on the list of underdeveloped economies with a score of 0.456 on HDI. After it gained independence in 1975, a 17-year-long civil war broke out that costed the lives of over five million people. Another factor contributing to Mozambique’s poor economy is low agricultural productivity. Since women are responsible for a large amount of agriculture, its huge gender inequality deems even agriculture worthless. Although Mozambique is a coastal country, it doesn’t have the same problem as a land-locked country, and it attracts quite the tourism. Unfortunately, being a coastal country, it is also prone to storms. Lastly, disease rates in Mozambique are high as well. 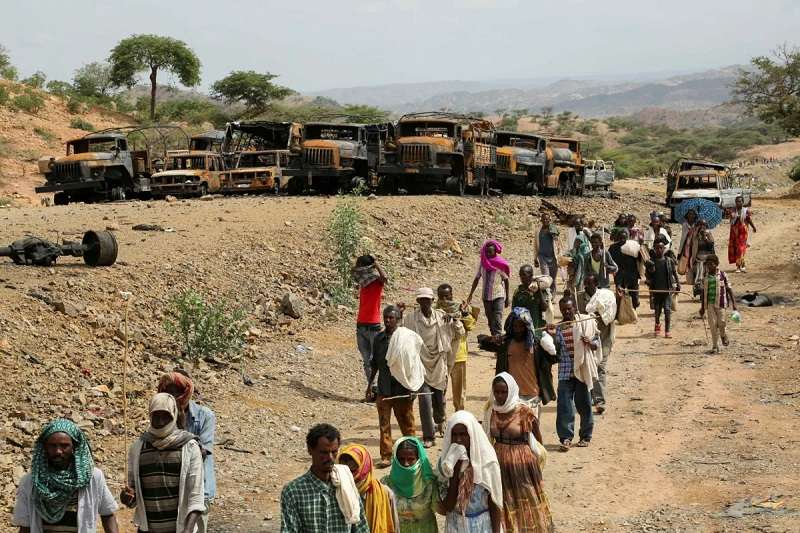 Although it used to be a prosperous nation in the past, Eritrea has an underdeveloped economy in present times. Unlike other nations that suffer from internal conflicts, Eritrea’s poor economy is a result of its past governing powers. First, the Italians used to rule over Eritrea, followed by the British. After the Second World War, a large chunk of Eritrea’s land was gifted to Ethiopia for their contributions to the war; however, Ethiopia was economically poor than Eritrea. Although the mentioned lands are now under the control of Eritrea, it has been ruined. It received a score of 0.459 on HDI.