Keynesian Theory of Income and Employment

Among many economists that introduced important theories, John Maynard Keynes proposed many theories that contradicted previously accepted economic concepts. One of his theories that allowed different economies to understand unemployment better was the theory of income and employment.

What is the Keynesian Theory of Income and Employment?

This theory, also known as the Effective Demand Theory of Employment, was developed by John Maynard Keynes, an English economist, in 1936. He introduced this concept in one of his books, ‘The General Theory of Employment, Interest, and Money’. This theory states that when the rate of aggregate demand is reduced, it results in unemployment and plummeting income, and vice versa. Interestingly, John Maynard Keynes deduced this idea by analyzing different countries and why they could not reduce the rate of unemployment over the years, despite applying all the suggestions given by different economists. Moreover, Keynes was among the few economists that challenged the traditional theory of employment.

Keynes’ Criticism of the Classical Theory 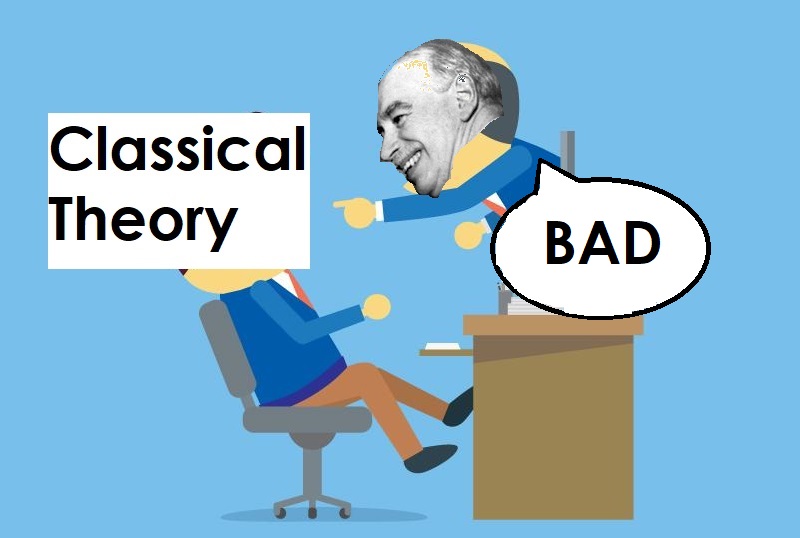 The traditional theory states that perfect competition is possible within the market, and the workforce changes according to the supply, creating more jobs; however, Keynes objected that with an increase in money wage, the supply is also increased, resulting in a drop in real wages.

Keynes also criticized wage rigidity or sticky prices. This model states that prices and wages are flexible and change according to demand and supply. Keynes believed this not to be the case, as there are various factors, such as labor unions, that hinder the change in wages, especially with wage cuts. By doing so, resources are not used to their full potential, causing a fluctuation in GDP.

According to the classic theory, full-employment equilibrium can be achieved in the long run, but the exact period is not predictable. Keynes argued that solving the problem of unemployment should be a short-term process because he said, “in the long run, we are all dead”.

Another criticism from Keynes of the classic theory was the idea of full-employment equilibrium within a self-regulating economy. Although this idea was accepted widely, the great depression of the 1930s made Keynes realize that full employment equilibrium is not something that can happen on its own. He argued that state intervention is essential to resolve unemployment problems.

Assumptions of Keynesian Theory of Income and Employment 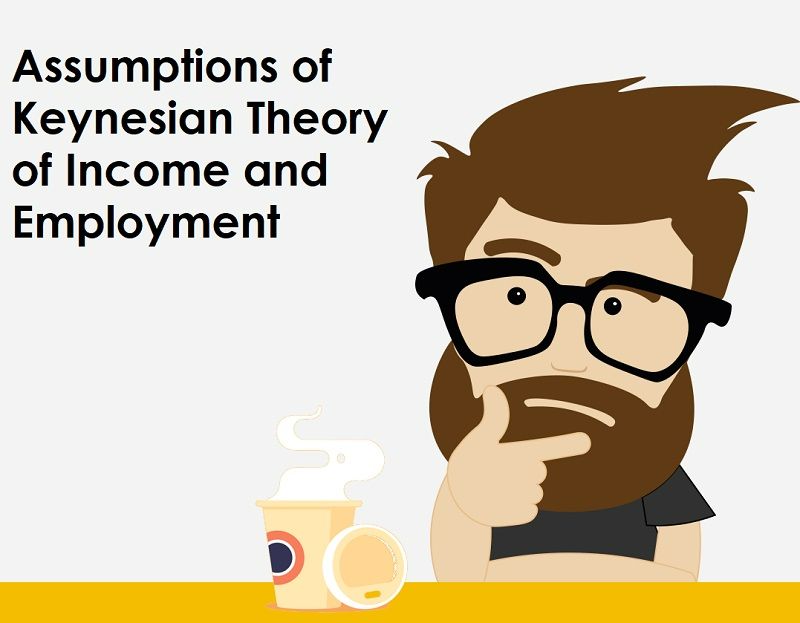 As mentioned previously, Keynes was a firm believer in resolving economic problems in a short period. Thus, this theory assumes that a limited period is given to solve the issues of low wages and unemployment, in this case.

This means that to apply this theory, it is assumed that a particular economy does not participate in international trade.

4. Ignoring the Government as Spender and Taxer

This assumption is taken into consideration when using the Keynesian Theory of Income and Employment, which states that as the input is increased or the production is increased, productivity will begin to show a diminishing trend.

6. Only Variable Factor is Labor

To raise the production, it is assumed that all factors are constant except labor.

8. Money as a Store of Value

Whereas the classical theory only saw money as a tool for transactions, Keynes stated that it can be assumed as a store of value, which means that money can retain its purchasing power in the future.

It is also assumed that for an income to transition into consumption or become an investment, there is no time lag.

Propositions of Keynesian Theory of Income and Employment 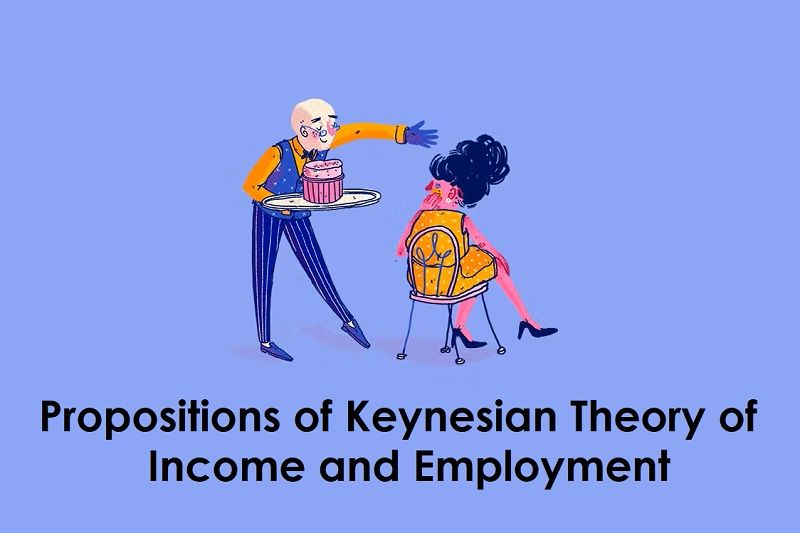 Keynes proposed that both the consumption expenditure and investment expenditure are the governing factors of the aggregate demand function.

Similar to investment expenditure, the marginal efficiency of investment is greatly unstable. Also, it depends on two aspects; the supply price of capital assets and the prospective yield.

Keynes proposed that the rate of interest depends on the demand and amount of money. Also, it is a monetary phenomenon.

Implications of Keynesian Theory of Income and Employment 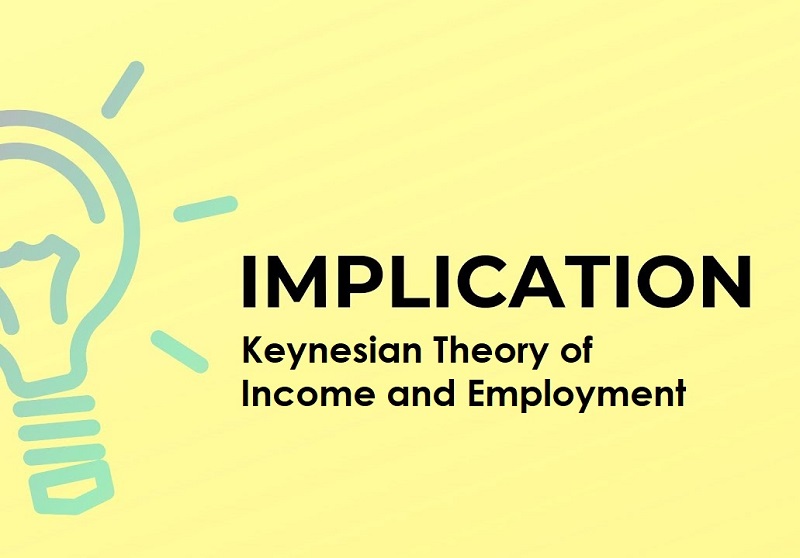 Although Keynes did not suggest imposing tax directly, he suggested progressive taxation must be implemented to distribute the propensity to consume from the rich to the poor.

Governments usually lower the rate of interest to increase investments during a recession; however, Keynes stated that it is an unreliable approach, as, despite the drop in interest rates, people might still not invest.

The idea to achieve full employment only came into existence after the introduction of this theory.