Throughout the history of economics, there have been numerous economists that introduced new theories and laws. While some of them were accepted and contributed to the modern economic system, others simply perished with time. Keyne’s psychological law of consumption is one that is still being used today.

What is Keynes’s Psychological Law of Consumption?

This law is known by two other names, Consumption Function and Fundamental Psychological Law. This is more or less an economic formula that portrays the association between income and consumption formulated by a British economist, John Maynard Keynes, in 1936. Although this law has the word ‘psychological’ in its name, the psychological aspect is the general observation of consumer behavior. According to this law, a portion of the raised income that is spent on consumption known as the marginal propensity to consume (MPC), and marginal propensity to save (MPS), which is how savings are influenced by increased income, are greater than zero but less than one.

Assumptions of Psychological Law of Consumption 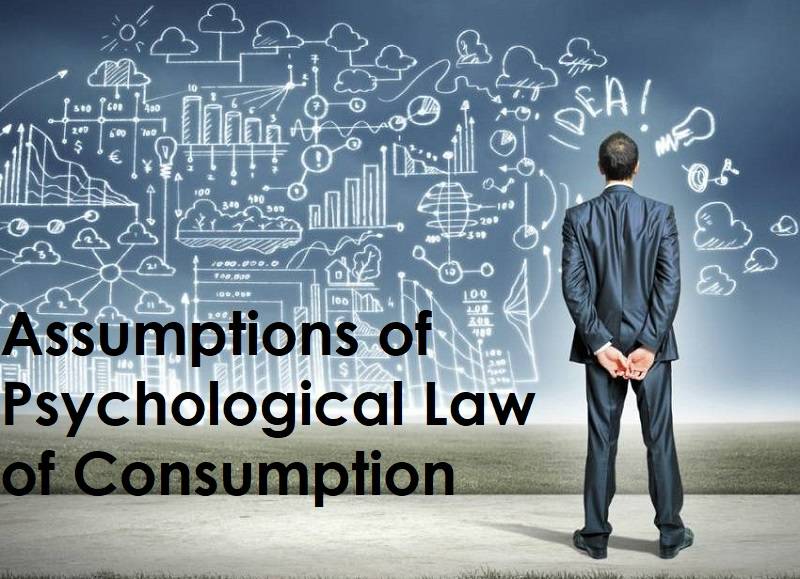 The first condition of this law is that it only applies during stable conditions, i.e., this law does not uphold during the time of war, recession, expansion, political issues, strikes, natural disasters, and more.

This is self-explanatory, as, within a capitalist economy, people are free to choose between products and can purchase whatever goods and services are required. Whereas, in a communist economy, the state is constantly interfering with the production and supply of products and services. Also, the competition is eliminated, resulting in people only buying what is available.

Propositions of Psychological Law of Consumption

The total income after the raise is divided between consumption and saving. Although the proportions of this division vary, the consumption is usually higher than saving. It can be represented as:

Implications of Psychological Law of Consumption 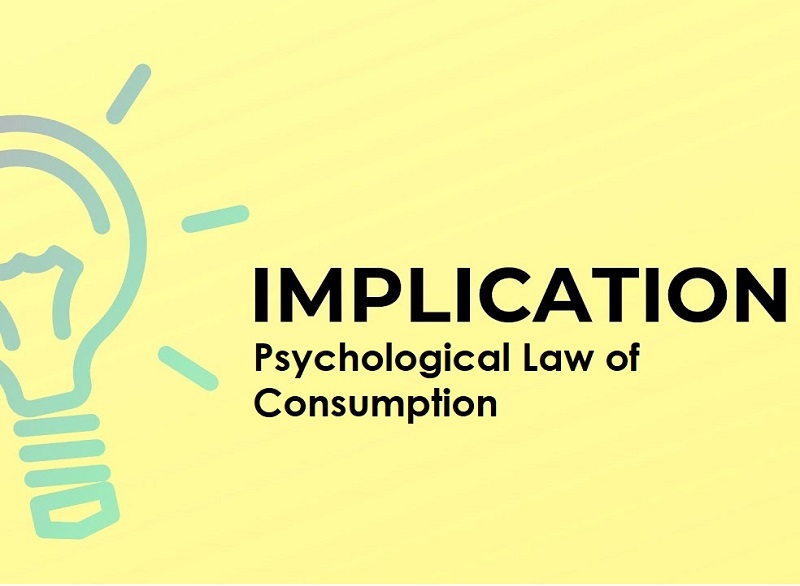 As mentioned previously, this law states that consumption is always less than the increase in income, therefore, creating a gap between the aggregate income and aggregate consumption. Moreover, as the income continues to rise over time, so does this gap. John Maynard Keynes strongly suggests that investment is crucial to bridge the gap between consumption and income.

2. Against Say’s Law of Markets

The psychological law of consumption goes against Say’s law of the markets, as it indicates deficiencies of demand and the possibility of excessive production. According to Say’s law of markets, the ability of the buyer to purchase a good or service depends on their ability to produce. This law was developed by Jean-Baptiste Say, a French economist, in 1803, and he stated that economic growth solely relies on production, i.e., higher production means higher economic growth. Unsurprisingly, Say’s law is mostly abandoned in the modern world.