Economic ups and downs are faced by each nation. There are various economic phenomena like inflation, deflation, and even complete economic collapse that drastically change how a country functions, and how its population responds. Such is the case with galloping inflation.

What is Galloping Inflation?

There are many factors that contribute to galloping inflation including: 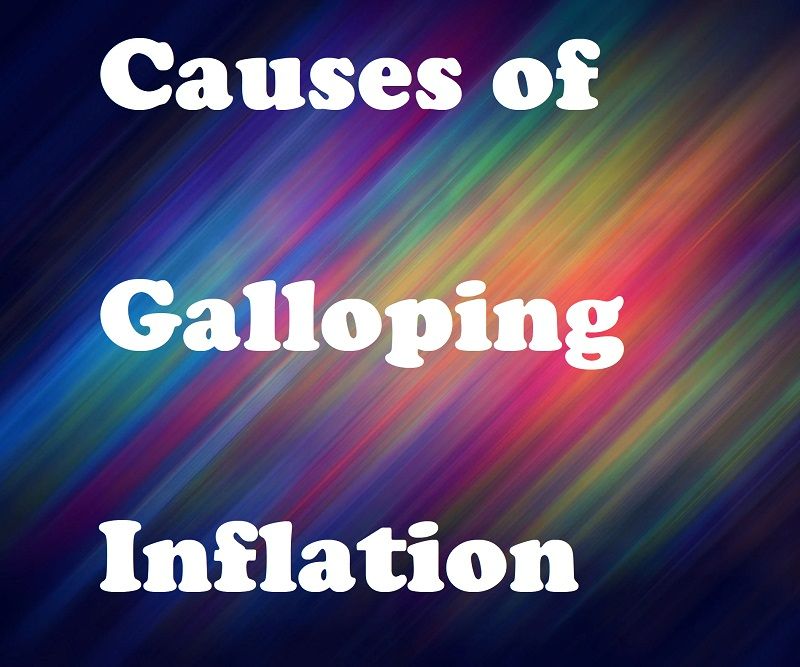 When the supply of goods and services remains constant, and a sudden surge is seen in the money supply, particularly in the unsecured money supply, it causes inflation to rise rapidly.

It does not necessarily mean that the state is being taken over by the military, but it does include that aspect as well. Once the government begins to excessively invest in armed forces, it causes economic instability in other sectors, resulting in galloping inflation.

When an economy opts for a foreign currency while retaining its national currency, it slips into galloping inflation.

Once a country begins to export its main commodity at a lower price than the domestic price, then, galloping inflation is experienced within the country.

If a country is unable to pay back external debt because of a budget deficit, its currency depreciates quickly, resulting in rapid inflation.

As the United States of America won the First World War, the Central Powers (Germany, Austria-Hungary, and Turkey) were forced to pay for the damages during the war while also supplying raw materials to the allies. Sure enough, the United States profited tremendously from these imports. This allowed the US to build better infrastructure, increase production rates, and invent new equipment. During this time people were getting paid handsomely, and the companies, that were selling products rapidly, began to enlist themselves in the stock market. Sure enough, people were buying stocks as well. The United States during the roaring twenties was seeing an inflation rate of 15 percent. Interestingly, this was significantly profitable to the economy; however, it was followed by the great depression.

During the 20th century, the entire infrastructure of the US was based on oil, and its main supplier was Iran; however, Iran was amidst a revolution, that later came to be known as the Iranian Revolution, which placed a massive halt on the US economy. The Organization of Petroleum-Exporting Countries (OPEC) decided to restrict the supply of oil to the US, and this was the 1970s energy crisis. During this time, the prices of commodities skyrocketed and the inflation rate was recorded at 13.9 percent. It was nothing short of a disaster for minimum wage workers.

After the dissolution of the USSR, the Russian economy has never been stable. In 1995, Russia was facing galloping inflation with an inflation rate of 197 percent. Interestingly, it was on a steady decline from previous years; however, inflation rates in Russia remained in double digits until 2010 when they dropped to 6.5 percent. While the future of Russia in economic terms was seeming bright, its war against Ukraine has once again placed the curse of galloping inflation on Russia.

Unlike previous countries that had faced galloping inflation in the past, Sri Lanka is now facing an economic crisis. The inflation rate in Sri Lanka is fluctuating between 24 percent and 29 percent since 2021. Stagnation is the primary reason for Sri Lanka’s economic crisis. It has a massive foreign debt to pay back, meanwhile, there is also a shortage of fuel. These two combined with poor political decisions, the galloping inflation is strong in Sri Lanka.